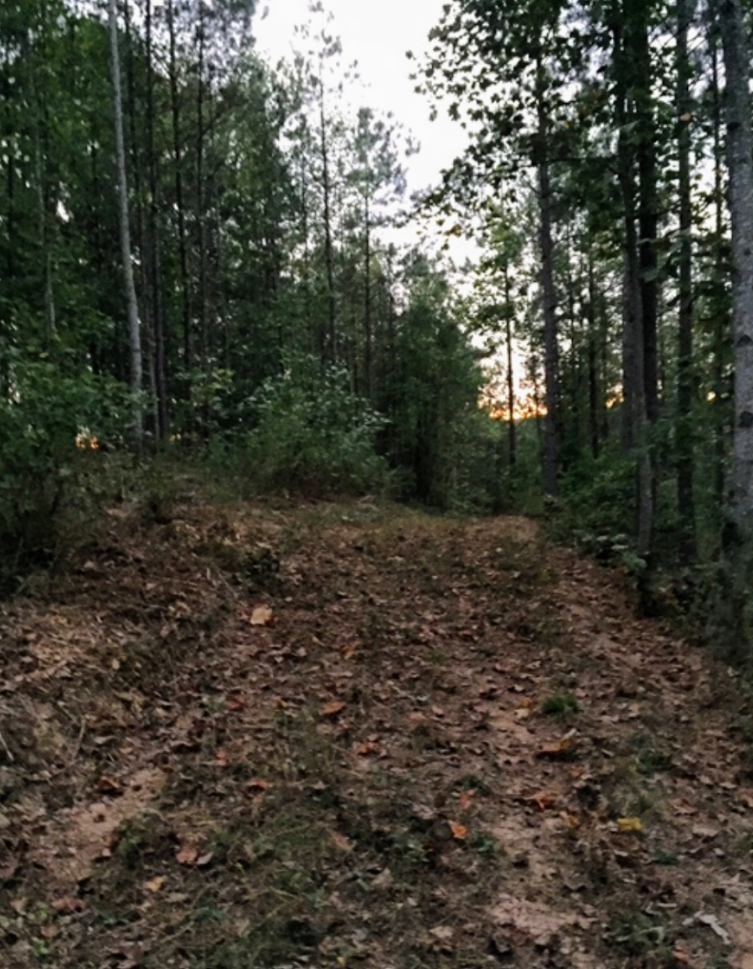 Some while ago I had to chase Ricky Ricardo, my beloved chihuahua, who was pursuing one of our chickens over mountains, through valleys, down streams and then back up streams and the same mountain to eventually find my chicken in a stream bank hole actively being plucked, a mouthful of feathers at a time, by my sweet little doggie. I am not in the greatest shape, I will be honest. This half marathon I ran in approximately 30 minutes, which I was certain at the time covered two counties, really took a physical toll on me.

Once I had located my poor chicken and retrieved her from the hole where she was only halfway able to hide her body, I was depleted. 22 miles from home (how I remember it) knowing I had to return the 22 miles with my bald chicken and apparent chicken killing chihuahua I moved into that flight or fight syndrome. Ricky was on his own, I clutched that chicken like it was a football and I took off running up a mountain which in my best calculation would lead back to our property.

I was out of breath, my vision was blurring, the world was echoing in my ears. Wah wah wah! Ricky was hot on my trail still jumping for the chicken in my arms. It became apparent to me that I was not going to make it much further so I had better start calling for my boys. They knew I was off on this little ‘errand’ because as I took off through the brush when the whole thing began they had been with me at the coop. The last thing I called out over my shoulder was, “don’t follow me, go get your father!!”.

My attempts to start yelling for them was my first realization I had really gone out of my way for this hen. ‘Boys!’, came out barely as a whisper. My heaving breaths and air sucking was completely prohibiting me from producing any real sound.  Man I was in trouble. I had to save myself. I was way out in the woods, at least a mile from our property (what I thought at the time). I figured that I needed to find an opening where I could be spotted and they could land a rescue helicopter to save me and my hen. Ricky was still on his own but keeping up. I remember looking down at him and he didn’t even look like Ricky any longer. His eyes were crazy and his tongue was dragging the ground.

I found the world opening up from trees and brush to a beautiful, blessed clearing, which was a road/path and I felt a huge sense of relief and sat down. I started the whisper yelling for the boys again while having to literally kick Ricky off me and the chicken. He was a wild animal! Finally after what felt like hours I looked up and there were my boys staring at me, I was crouched on the ground holding the bald chicken with Ricky pouncing around like a proud hunter showing off our catch!

My dear husband said to me, ‘What are you doing?’. Holy toledo mother of all Olympic events, really??? I couldn’t even respond. Next he ventured, ‘Do you want me to get the four wheeler?’. YES! I whispered yelled and realized my arms were giving out. That bald 6 pound hen now weighed 30 pounds. ‘Wait’, I managed, ‘take the hen’. I’m not sure who took the bird out of my arms but I do know this was about the time I just literally laid out, head in the dirt, legs and arms stretched out. I was saved! So I thought.

Chris showed up with the four wheeler. I had rested enough to haul my body up on it. I found my path to the coop and as I was seeing the light at the end of the tunnel, I clipped a poison ivy vine on a tree with the wheel and it knocked the whole heavy vine down on top of me. Glasses knocked off and all. I remember holding the poison ivy vine thinking this nightmare has got to end.

It was done. The whole ordeal was over. I did get back to the house, the chicken survived, I did not come down with poison ivy, probably because I was coated in a protective layer of sweat and dirt, and I eventually started loving Ricky again. Truly the only side effect I had was extreme leg soreness which resulted in me being unable to climb stairs for about two weeks.

The reason I am recollecting this story now is not long ago Ricky took off again. After a deer. I went after him, because evidently I like chasing animals through the woods. I stepped over our property line and jaunted through about 10 feet of brush and low and behold there HE was and there IT was! My clearing! My beautiful, blessed clearing. Not a mile from the house but 10 feet from our property line. It was still beautiful and blessed and very surprising to my memory of that day, extremely close to home!! I took a picture to record my moment. My little memory. 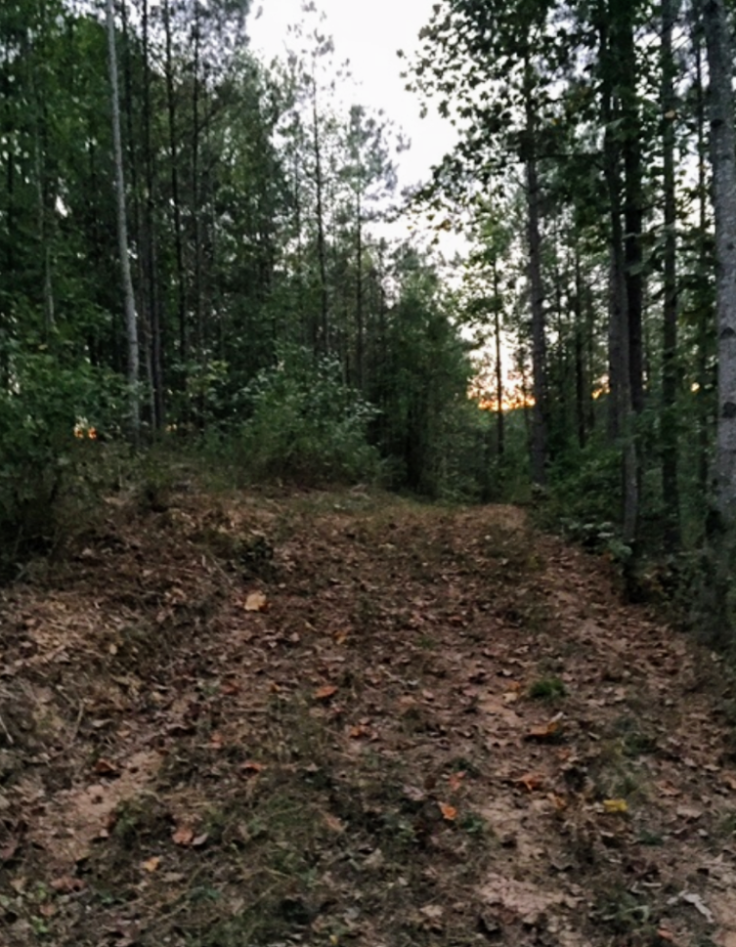